We've assembled a quick run-down of the current pick-up market, along with our thoughts on each one.

We've assembled a quick run-down of a few of our favourite road-trip books in the hope they inspire and feed your wanderlust.

The Goodwood Festival of Speed

There is no greater anti-dote to the pressures of modern motoring than the Goodwood Festival of Speed. Pot-holes, emissions taxation, speed cameras, climate change brow-beating – all these things are absent from an event that has grown from untried and relatively uncertain beginnings back in 1993 to a venue that has displaced many a traditional motor show...

How does Traction+ work?

The Fiat 500L Trekking is equipped with a system called Traction+ that is designed to maximise the use of the available grip in off-road conditions. But how does it work?

"Your vehicles are in breach of Pennsylvania State vehicle code and will be impounded," the cop bawls. We knew driving two British-registered and highly modified Jeeps across America would be a challenge, but this isn't quite what we had in mind. This is not a good start to our adventure.

Iconic Car Chases from the Movies

Most people probably wouldn’t imagine that Peterborough is at the forefront of technological advances, but they’d be wrong. Peterborough City Council has begun scrapping their gas-guzzling motors to replace them with state of the art electric cars. In honour of Peterborough’s forward-thinking approach, we look at four movies that gave us a glimpse into our possible motoring future, and then mixed it with a good old car chase.

We take a ride in an Abarth 500 Assetto Corse

We’re sitting in a queue of traffic, waiting for the lights to change. The driver and I chat calmly while we wait. Glimpses of blue sky break out from between the clouds, and the sun reaches down, its light dancing on the road ahead of us. It’s a peaceful Saturday afternoon, and all is right with the world. Bang! 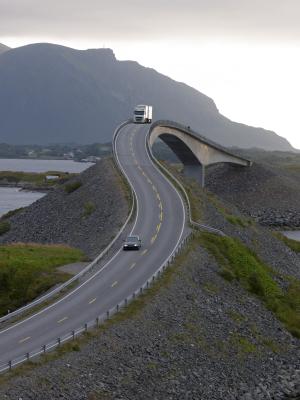 10 Best Driving Routes in the World

For those who enjoy the driving experience and scenic beauty of a truly unique road in a foreign atmosphere, here's a look at 10 of the best and most scenic roads in the world.

Can an estate car perform like a grand tourer without feeling like a mobile barn conversion? We decided there was really only one way to find out - we would point the Honda badge north and stop driving when we'd had enough...