Although pickup trucks have been the big seller in the US for years, here in the UK they’ve been largely the preserve of builders and game wardens.

However, as efforts to make them more comfortable have combined with SUVs becoming more focused on their on-tarmac performance, those who need a genuine 4×4 have been turning to the humble pick-up in greater numbers.

At the same time, company car users have been able to take advantage of more favourable benefit-in-kind (BIK) taxes for pickups, while businesses can benefit by reclaiming the VAT on a truck just as they can on a van.

Sensing this shift, car manufacturers have been scrambling to ensure their product line-up includes a pick-up of some kind, although in some cases this has been little more than badge engineering.

So where does that leave today’s pick-up buyer? We’ve assembled a quick run-down of the current market, along with our thoughts on each one. 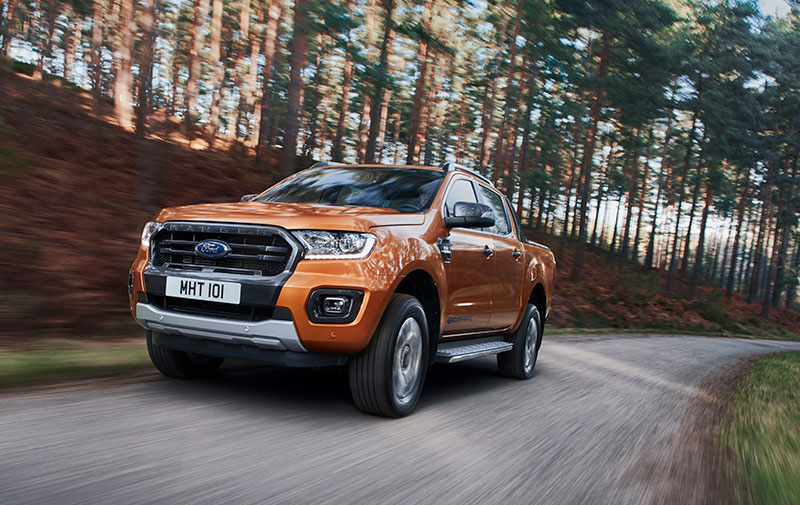 Top of the pile for us is the Ford Ranger, Europe’s best-selling pick-up.  No other truck contains quite so many of those little touches that make life with a pickup easier – the easy-lift tailgate, the 240v power inverter, the chilled storage cubby, the QuickClear windscreen, the load-bed lighting, and so on.  It carries more tech than any other truck, too, with its well-honed Sync 3 infotainment system, Android Auto and Apple CarPlay, a built-in modem for in-car Wi-Fi, FordPass smartphone app, adaptive cruise control with intelligent speed limiter, pedestrian detection and collision avoidance, and… well, you get the picture.  The new 2.0-litre bi-turbo is a strong performer, too, although the 10-speed automatic occasionally feels like it’s been overburdened with too many ratios.  But with a broad model range to chose from, it’s likely there’s a Ranger to suit almost everyone.  And while each is still a working vehicle, they’re all incredibly easy to live with. 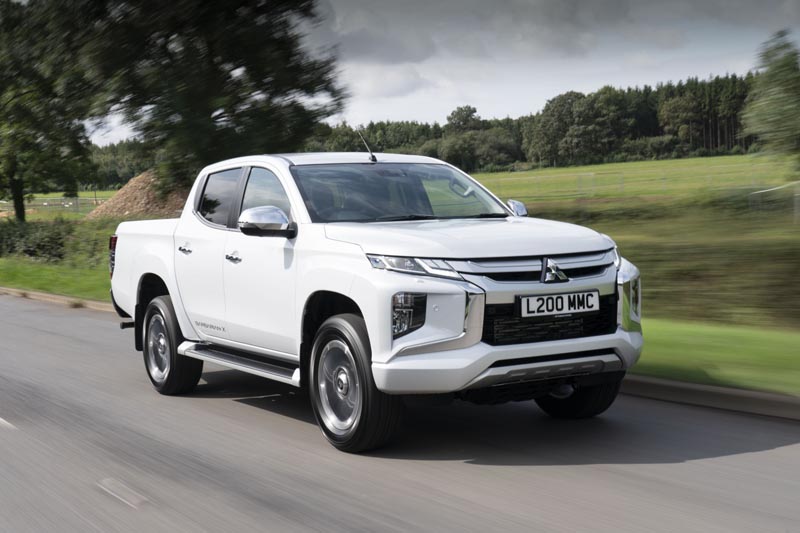 From the Japanese manufacturers, the pick of the bunch is the Series 6 Mitsubishi L200. Its new 2.3-litre diesel engine might give up 28hp or so to its predecessor, but it still feels strong on the road thanks to earlier peak torque. It’s also fearsomely economical, the automatic model recording an incredible 38.4mpg during our testing, and offers an easy 500-mile range. The new sixth generation is much quieter than any L200 before it, particularly in terms of wind noise, while improvements to its ride quality mean it’s beaten only by the all-coil-sprung X-Class. However, the L200 remains the only low-range equipped pickup with a full-time 4WD setting, whereas most make do with a strictly part-time set-up. It retains its reputation as a hard-working truck, too, thanks at least in part to an increased payload rating and the ability to tow 3.5 tonnes. The only complaint we have is that no L200 comes with satnav; you’ll have to resort to plugging in your iPhone for that. Hardly the end of the world, though, right? And even if the world is ending, the L200 is likely to survive it just fine. 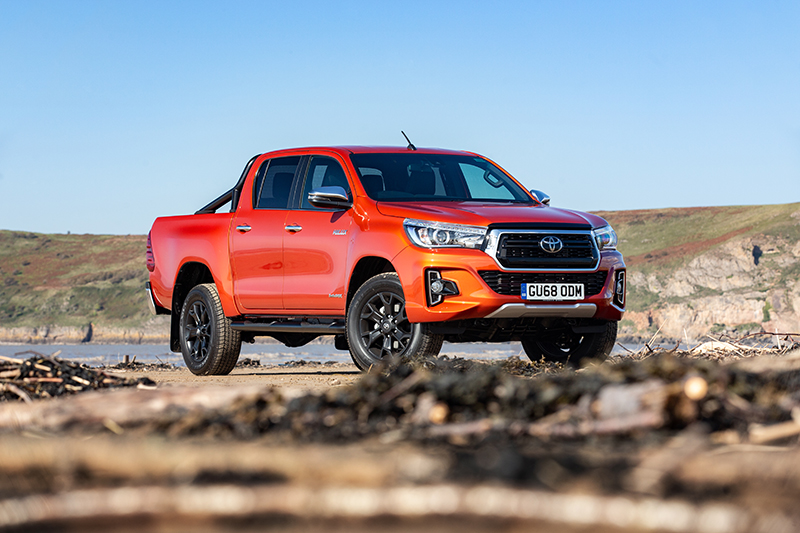 Toyota’s long-lived pickup is also perhaps the most well known, and the latest model moves the company’s work-horse towards a far more car-like persona than ever before. This is most obvious in the cabin, where the driving position is more comfortable and soft-touch materials make more of an appearance. But it’s not universally successful, because some of it looks far less hard-wearing than the previous models. Toyota have also taken the curious decision not to offer the 2.8-litre engine in the UK, leaving just a 148hp 2.4 as the sole engine choice. It suffers from a very narrow power band that seems particularly at odds with the six-speed auto’s shift patterns. Despite recent updates, it lacks features (Apple CarPlay, tailgate damper, dual-zone climate control, etc.) that other trucks offer, while the range-topping Invincible X’s looks are snouty in a way only a mother could love. 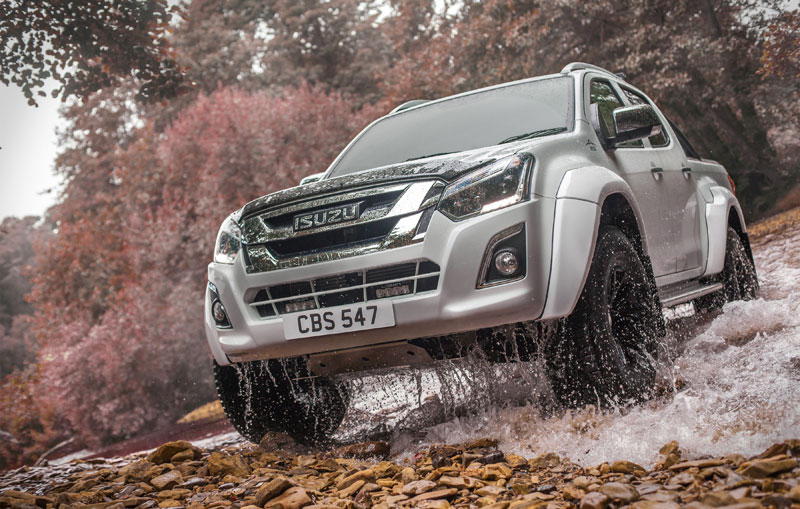 The mild refresh of Isuzu’s D-Max has now filtered down to the most extreme model in the range – the Arctic Trucks AT35 – including the new 1.9-litre engine. For sheer road presence, the AT35 is unbeatable, and we think Isuzu deserve serious kudos for having the balls to offer this thing through the dealer network, complete with a five-year warranty. No-one will dare pull out in front of you when you’re behind the wheel of one of these, and as a tool for crossing glaciers it’s completely unstoppable. It’s not perfect, though – Isuzu opted not to change the diff ratios to suit the 35-inch tyres so the gearing is shot to hell, and the new 1.9-litre engine just isn’t gutsy enough to offset it. However, if you’re in the market for a monster truck, the AT35 really is the only contender. 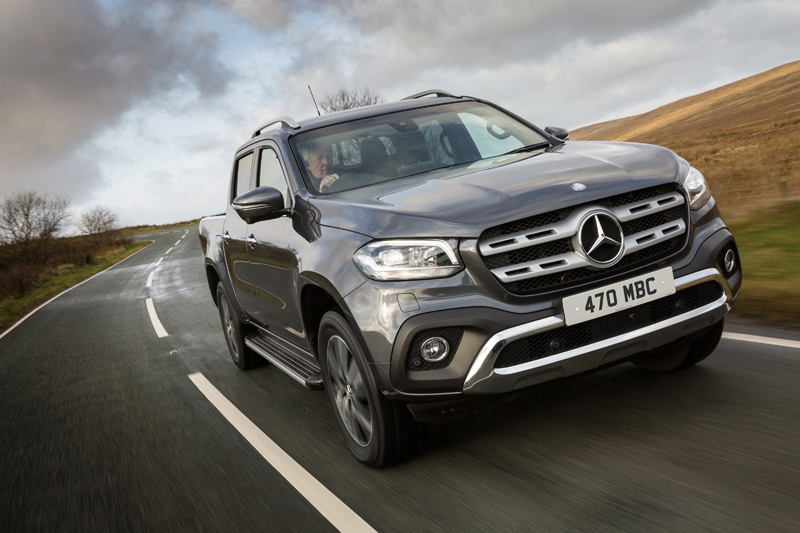 Based on the Nissan Navara, the X-Class is Mercedes’ attempt to claim the title of the “world’s first premium pick-up.” It certainly rides well, and handles better than any other pick-up thanks to its Mercedes-tuned all-coil suspension. The 2.3-litre engine is shared with the Nissan, and although it’s hardly refined, it does a respectable job of ushering things along. It’s surprisingly economical, too. However, given Merc’s premium claims, there are just too many things missing: there’s no reach adjustment for the steering wheel, no central tailgate locking, no adaptive cruise control, and even the expensive COMAND Online infotainment system lacks Apple CarPlay – yet all this can be found on a Ranger. It’s also eye-wateringly expensive – our modestly-equipped X250d test truck weighed in at roughly £48,000 with VAT. 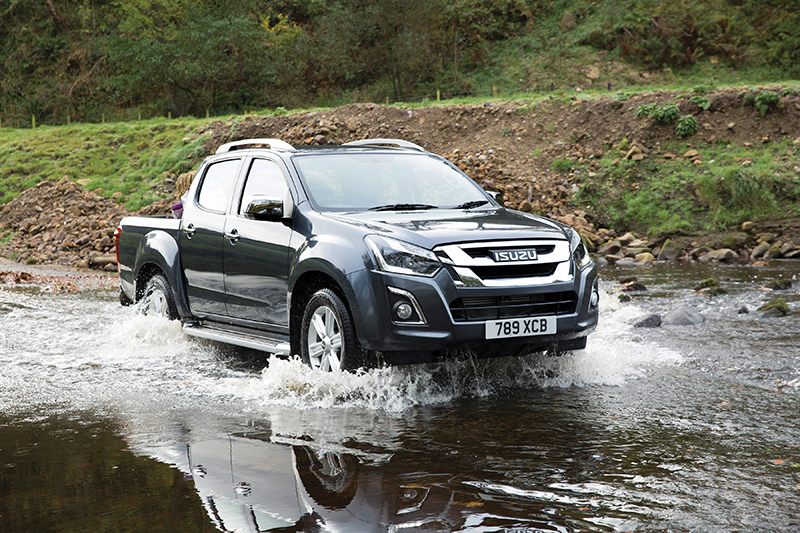 The new D-Max benefits from a minor facelift and interior update for 2017, but the big news is a new 1.9-litre engine. Despite having more power on paper than the Hilux, the D-Max is considerably slower than the Toyota and, crucially, on the road it feels both underpowered and raucous. Despite the update, some areas were left unaddressed: there’s still no reach adjustment for the steering wheel, for instance, nor is there a locking rear diff – not even as an option. Despite that, the D-Max continues to feel the most utilitarian of all the pickups, and to our mind that makes it the most suited to a hard day’s work, whether that’s lugging a pallet of bricks across a building site or a small herd of sheep across a field. It retains its 3.5 tonne tow rating, too. 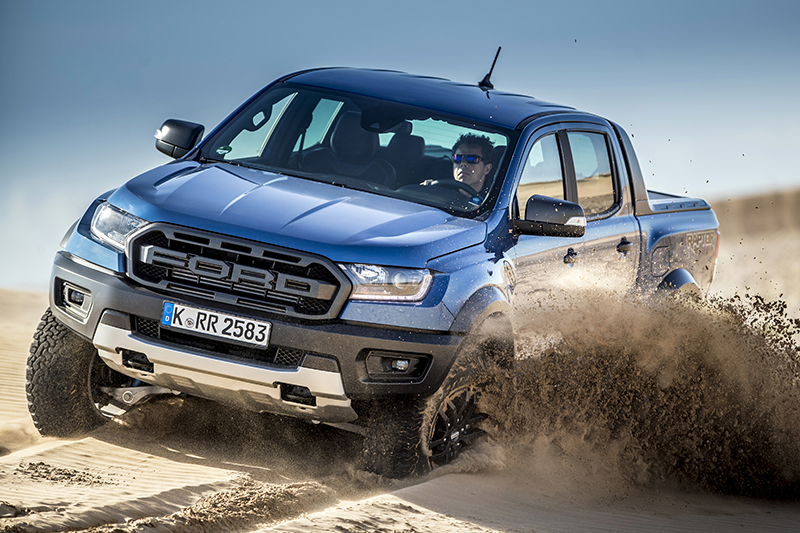 The Ford Ranger Raptor‘s position on this list isn’t a reflection of its prowess, more a result of the fact that, technically, it’s not a commercial vehicle. With a payload well below the one-tonne cut-off, businesses can’t reclaim the VAT on its considerable £48,784 purchase price, nor can they avail themselves of more favourable BIK terms. However, that shouldn’t detract from what is a truly unique and thoroughly admirable package. While Isuzu’s Arctic Truck is built to conquer the frozen wastelands of the north, the Raptor must surely be the king of the desert. Its fearsomely well-engineered suspension is more than capable of spending its time jumping from one sand dune to the next, and although its 2.0-litre bi-turbo diesel engine isn’t as ballsy as the US-spec Raptor’s V6, it’s still a strong performer. If workhorse considerations take a back seat to sheer road presence for you, the Raptor will not disappoint.

Talk to me about tax

Double cab pickups are classified as LCVs (Light Commercial Vehicles) by the government, as long as they have a payload of at least one tonne. While most double cabs on the market today fall into this category, you should be aware that fitting additional accessories (such as a hard top, or canopy) adds weight to the vehicle and therefore reduces its payload, although most have sufficient headroom in their ratings to allow for this. Two seat – or single cab – pickups are automatically classed as LCVs, so there’s less of a worry there.

As a final incentive, companies and registered individuals can claim back the VAT on the purchase of a pickup, and that’s why you often see pickup prices published as CVOTR (Commercial Vehicle On The Road) which includes all delivery charges but excludes VAT.